CALL US FIND US

Several years ago, Porsche began creating a concept for an all-electric vehicle, a campaign they named Mission E. Now, that concept has become reality with the release of the Porsche Taycan, which is set to be produced in 2019. When the Mission E was in its first design stages, the goal of Porsche was to create an experiential vehicle, both inside and out.

“Modern cars are not restricted to driving,” Ivo van Hulten, Director of Interior Design and Style at Porsche said. “With a simple app, which we would develop for the vehicle, you can book an entire adventure–whether it’s a day trip or a whole weekend–with just a few hand movements. You say: Okay, I just enter the destination, which is synchronized with Porsche. We then offer on-site charging for our electric vehicles. It involves us saying: Which route should I choose? Do I choose practically and go for the fastest route? Do I want to get to my destination as quickly as possible? Do I choose a route that takes me along the ocean? What do I want to do when I get there? Can I order a food box from an organic supermarket at my destination in advance? How would it be if, instead, the vehicle interacted with me? For example, if I get off the motorway onto a country road and activate cruise-mode and the car asks me: Should I open the roof? Would you like me to play some more relaxing music?”

On Porsche’s 70th anniversary, deemed Sportscar Together Day, the brand announced an official name for the Mission E concept: The Porsche Taycan. The unique name, which has garnered much attention from consumers, means “lively young horse,” and it’s a reference to the brand’s iconic crest. The name Taycan follows a long line of Porsche names with pointed meanings. Porsche explains that the company’s vehicle names generally have a concrete connection with the corresponding model and its characteristics: The name Boxster describes the combination of the boxer engine and roadster design; Cayenne denotes fieriness, the Cayman is incisive and agile, and the Panamera offers more than a standard Gran Turismo, which is what allowed it to win the Carrera Panamericana long-distance race. The name Macan is derived from the Indonesian word for tiger, with connotations of suppleness, power, fascination and dynamics.

As for Porsche power, the Taycan’s electric propulsion system will not disappoint. It features two PSMs (permanently excited synchronous motors) that offer 600 horsepower, moving the Taycan from zero to sixty in less than 3.5 seconds. Porsche plans an expansion of the Zuffenhausen headquarters and the addition of over 1,000 new jobs to produce the Taycan.

0 comment(s) so far on Introducing The Porsche Taycan 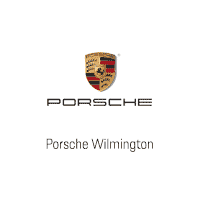